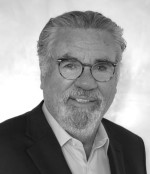 Barry also has extensive experience in principal investing being a founder and managing partner of PointNorth Capital Inc. which is focused on structuring and investing capital in growth and transformative situations.

Barry obtained a Bachelor of Arts, Bachelor of Civil Law and a Bachelor of Common Law from McGill University (1979-1983). He is a member in good standing of the Law Society of Upper Canada and has published extensively on topics related to financing and restructuring including: “The Ontario Guide to Personal Property Security”, Carswell, “The Canadian Credit Handbook”, McGraw Hill, “Case Studies in Recent Canadian Insolvency Reorganizations – In Honor of the Honorable Mr. Justice Lloyd William Houlden”, Carswell 1997 (Chapters: Cadillac Fairview, A Vulture’s Lean Cuisine and The Restructuring of Beatrice Foods) and he has published numerous articles on related topics.