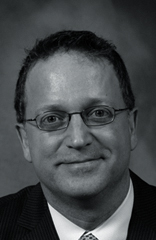 Ron Sedran has over 30 years of experience in the capital markets industry. Ron joined the firm in1999 and since then he’s has been involved in thousands of equity offerings and numerous high-profile financings. Ron has led several innovative financing transactions and pioneered many unique alternative equity solutions. Ron was responsible for the creation of the Premium DRIP, which has raised over $8.5 billion for clients and the adoption of the At-Market-Offering (ATM) in Canada.