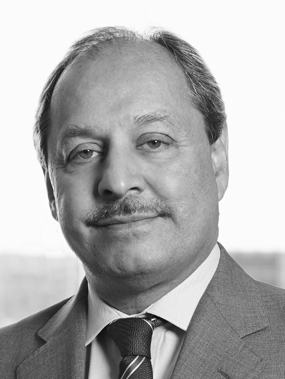 Dipesh Shah, OBE, FRSA, is the Chairman of National Highways and a Director and Chairman of the Investment Committee of the 2020 European Fund for Energy, Climate Change and Infrastructure and also of the EU Marguerite Fund. He is a Trustee of the British Youth Opera and a Governor of Merchant Taylors’ School.

Mr. Shah was formerly the Chief Executive of the UK Atomic Energy Authority and of various large businesses in BP Plc, where he was a member of the Group Leadership for more than a decade and latterly also the Global Head of Acquisitions and Divestitures. Mr. Shah was Chairman, inter alia, of Notting Hill Genesis and Genesis Housing Association, Viridian Group plc, HgCapital Renewable Power Partners LLP and the European Photovoltaic Industry Association. He was the Senior Independent Director and Chair of the Remuneration Committee of JKX Oil & Gas Plc from 2008 to 2015, the Senior Independent Director and Chair of the Nominations Committee of Equus Petroleum Plc from 2013 to 2016 and a Director of The Crown Estate from 2011 to 2018, Thames Water from 2007 to August 2017 and of Cavendish Fluor Partnership from 2014 to August 2017. In addition, he has been a Director of several major organizations, including Babcock International Group Plc and Lloyd’s of London, the insurance market. He was also a member of the UK Government’s Renewable Energy Advisory Committee from 1994 to 2002. Earlier, Mr. Shah was the Chief Economist for BP Oil UK.

Born in India, and brought up in Uganda, Mr. Shah is a graduate of the University of London, the University of Warwick and the Harvard Business School management program. He was appointed an Officer of the Order of the British Empire (OBE) in the 2007 New Year Honours and is a Life Fellow of the Royal Society of Arts (FRSA).

Mr. Shah is not currently a director of any other public companies.