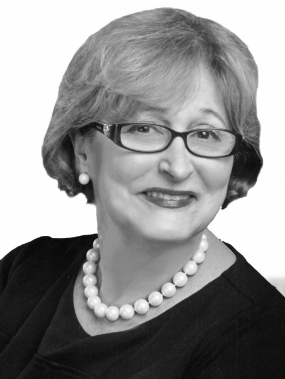 Merri Jones, ICD.D, is a corporate director and advisor. She has over 40 years’ experience within financial services with expertise across sales and marketing, finance, strategy and human resources. She was the first female to lead a Schedule II Bank in Canada. She was the Executive Vice President, Private Wealth, at Fiera Capital from 2010 to 2015; President of GBC Asset Management in 2008 and 2009; President and Chief Executive Officer of AGF Private Wealth Management from 2003 to 2007; President, Chief Operating Officer and Director of TAL Private Management from 1996 to 2003; and President and Chief Executive Officer of CIBC Trust in 1995 and 1996. Before joining CIBC in 1995, Ms. Jones had been President and Chief Executive Officer of First interstate Bancorp from 1986 to 1990 and had worked  at Chemical Bank and the Royal Bank of Canada, where she began her career.

Ms. Jones is a director of the following public company: Data Communications Management Corp. She is also Chair of the Investment Review Committee of the Starlight Group of Funds.