After May survives, what next for the UK markets?

Whilst Brexit negotiations will continue to be complex and drawn out, we believe there are two key factors for investors to consider in this environment. First, the impact of the changing value of sterling; and second, the impact of Brexit on UK businesses.

The impact of Brexit if investing in sterling

The markets have always looked at Brexit through the prism of the currency, with the June 2016 referendum causing sterling to fall from US$1.50 to the low US$1.20s - and subsequently moving it up and down based on the likelihood of a deal or no deal. That view has not changed: a hard Brexit should still cause sterling to fall and a deal will cause it to rise, albeit there are degrees to the deal/no-deal scenarios as well as the rising likelihood of no Brexit at all. 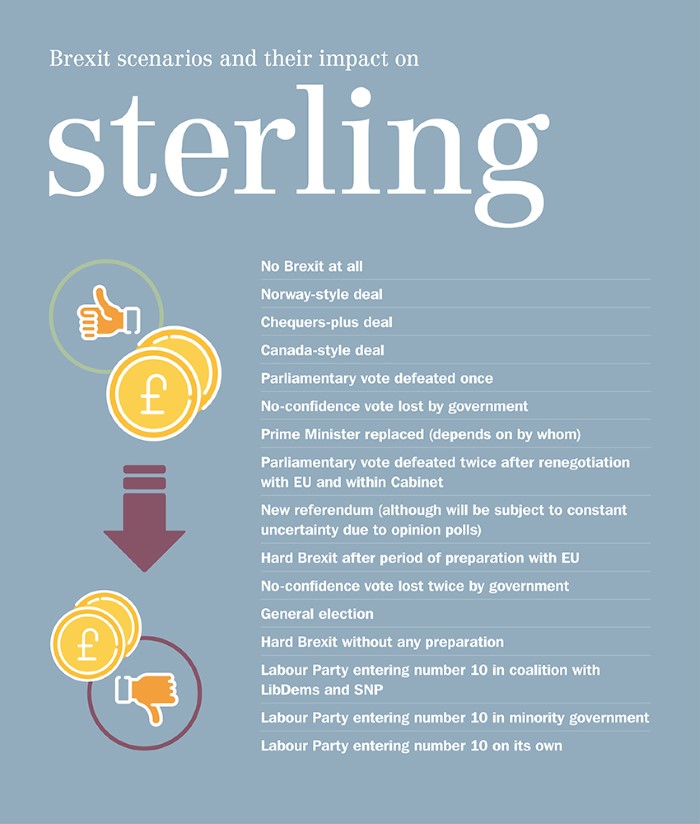 The impact of Brexit if investing in UK businesses

There has also been a focus on individual companies and their preparedness for the various Brexit scenarios. A shockingly high number of British businesses have not prepared for Brexit, although we can’t necessarily blame them given the government’s limited guidance on the various outcomes.

That said, there are many, mostly small- and medium-sized, companies who have been working behind the scenes to prepare for either a limited trade deal or no deal at all:

Large international companies already have many ways of managing changes in their supply chains, and their UK activity is often a smaller part of their overall business, even though they may be quoted on UK stock exchanges.

There is, however, another issue which may continue to dog the UK market and keep some large UK firms lagging their US and global competitors. Since the referendum, companies have been stuck in a political and constitutional limbo that has made it difficult for them to invest in their businesses as they did before. This has probably reduced the long-term appeal of some stocks which may not be able to grow as fast as their global counterparts, even after all the Brexit conditions are fully known and the political uncertainty abates. This affects certain sectors more than others. Some purely domestic businesses without any connections to the EU, have kept on investing but those facing potential export or import issues have been more constrained.

How do sterling fluctuations and the UK business environment impact how we invest?

Both situations clearly highlight how important active stockpicking is within the Brexit context.

The firms that have invested in their business and prepared for Brexit should do better than the others, but finding out which is which is a painstaking company-by-company analysis.

For large international companies, the market reaction will clearly be to price in foreign earnings in light of sterling’s moves. If the pound falls, stocks go up mechanically by the currency depreciation, multiplied by the percentage of foreign earnings and vice versa if sterling rises. It is therefore crucial to ascertain how any political outcome will be viewed by currency markets.

In our client portfolios, we have found proportionately more attractive opportunities outside of the UK - in the US, Japan and emerging markets for instance, or in some global sectors (like healthcare and technology). Our UK focus has been active stock selection rather than passive investing (i.e. simply investing in the whole UK market). It may be, however, that in the near future and as the Brexit picture becomes clearer, international investors who left the UK market in droves over the last couple of years, start returning. When that happens, they are likely to buy the whole UK market rather than individual shares which means we are likely to do the same. In this instance, we may well start investing passively, adding an index tracker to our portfolios to benefit from such a move.

As ever, our clients can expect us to keep a very close eye on political developments and the currency markets - and carefully manage their portfolios accordingly. With our depth of analysis and actively managed approach, whichever Brexit scenario ensues we will be there to guide, support as well as seek out investment opportunities. 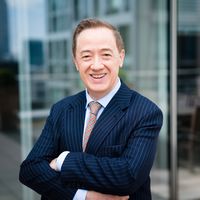