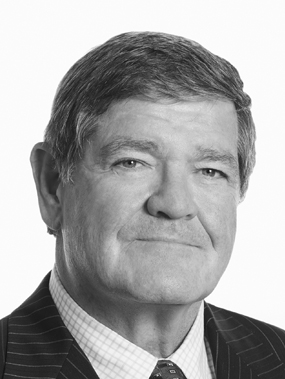 Terrence (Terry) Lyons, ICD.D, is a corporate director. He is a director of several public and private corporations including Sprott Resource Corp. (Chairman), Martinrea International Inc. and Polaris Materials Corporation (Chairman). Mr. Lyons is a retired Managing Partner of Brookfield Asset Management and past Chairman of Northgate Minerals Corporation, which was acquired by AuRico Gold Inc. to create a new mid-cap gold company. He was also Chairman of Eacom Timber Corporation, which was sold to a private equity firm in 2013. In 2014, he stepped down as a director of BC Pavilion Corporation (Pavco), Royal Oak Ventures, which was privatized by Brookfield, and the BC Board of the Institute of Corporate Directors.

Mr. Lyons is a Civil Engineer (UBC) with an MBA from the University of Western Ontario. He sits on the Advisory Board of the Richard Ivey School of Business and has been active in a number of sports and charitable organizations including Junior Achievement, Special Olympics and United Way and is a past Governor of the Olympic Foundation of Canada, past Chairman of the Mining Association of BC, past Governor and member of the Executive Committee of the BC Business Council and in 2007 was awarded the INCO Medal by the Canadian Institute of Mining and Metallurgy for distinguished service to the mining industry. He has received his ICD.D certification from the Institute of Corporate Directors.