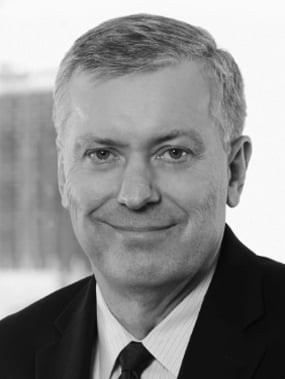 Don is responsible for leadership of the global finance and tax strategies of the organization, which includes all aspects of regulatory, tax and financial reporting, liquidity and capital management the Group and its subsidiaries.

Having first joined one of Canaccord Genuity Group’s predecessor firms in 1986, Don has been a key member of the Group’s internal and external financial and tax reporting teams for many years. In 2007, he became Senior Vice President with responsibility for financial analysis, corporate development and capital management beginning with the Company’s initial public offering, and subsequently for numerous acquisitions and other business opportunities. He also served as Chief Financial Officer of the firm’s U.S. operations from 2007 to 2012 and in 2012, became Senior Vice President, Finance for Canaccord Genuity Group Inc. In 2016, he re-assumed the additional role of Chief Financial Officer of the firm’s U.S. operations.

Don received a Bachelor of Science from McGill University and a Master of Business Administration from Queen’s University. He is a Chartered Professional Accountant and holds the Chartered Financial Analyst (CFA) designation.