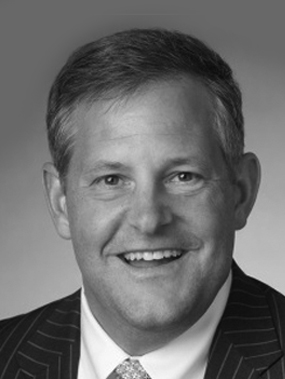 Jeffrey G. Barlow, CFA, was appointed President of Canaccord Genuity LLC (US) in October, 2015. Jeff joined the firm in February 2007 and successfully expanded the firm’s Life Sciences practice before becoming head of US Investment Banking in 2011. He has extensive experience advising clients in all aspects of financings, mergers and acquisitions and has completed more than 150 transactions during his career.

Prior to joining Canaccord Genuity, Jeff was a Managing Director and the Head of Healthcare Investment Banking at First Albany Corporation, where he was responsible for establishing and building the firm’s healthcare practice. He began his career at J.P. Morgan.

Jeff earned the Chartered Financial Analyst (CFA) designation and is a frequent speaker on industry topics. He received his B.A. from the University of New Hampshire and MBA with Beta Gamma Sigma distinction from the Leonard N. Stern School of Business at New York University.