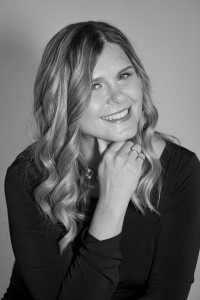 Creating and growing Zirkova Vodka was fundamentally rooted in Katherine Vellinga’s rich Canadian-Ukrainian heritage. After leaving the corporate world behind in 1997 to explore and work in her parents’ homeland of Ukraine, Katherine, along with her husband, John, both engineers, discovered a true find in the Cherkasy region of Ukraine - the birthplace of vodka and a vodka producer, dating back to 1896, that honoured classical methods that were disappearing from the modern world. It was there that Katherine was able to fully immerse herself in the authentic craft of vodka production and experience vodka culture.

Years later, Katherine and John launched Zirkova Vodka; a vodka distilled with pure artisanal waters, using the finest grains that the world has to offer, in the origins of vodka itself. More than just a brand, Katherine’s vision for Zirkova is a reflection of her own beliefs, of standing for the freedom to be and celebrate who you are, to toast and acknowledge others, and to create special moments that bring people closer together.

Katherine been featured in the LCBO’s Food & Drink magazine, The Globe and Mail, CHCH Television, Newstalk 1010, AM580 News, Postmedia, and the University of Waterloo Magazine among others. Katherine lives in Oakville with her husband John and their two children.