The IPO was priced at 120 pence per ordinary share, giving theCompany a market capitalisation at admission of £102.1 million. Intotal, Saietta and its selling shareholders raised gross proceeds of£37.5 million in connection with the IPO, with the net proceeds to the Company being used toaccelerate Saietta’s commercial progression to mass production of its AFT motor technology. Inparticular, the IPO and the net placing proceeds will enable Saietta to fund the rapid expansion of theCompany’s production, testing, engineering, technical asset base, services and intellectual propertyrights, including establishing a motor durability testing facility and contributing to the expansion of apilot production facility. The IPO attracted strong support from a range of high quality institutionalinvestors, with the final placing amount upsized due to over-subscribed demand.

The Company was founded in 2008 with the aim of becoming an e-motorbike manufacturer and thebusiness evolved in 2017 to focus on creating high efficiency mass market electric vehicle drive-trainsolutions. The Group is headquartered in Oxfordshire, UK, with 28 employees as at 31 March 2021. 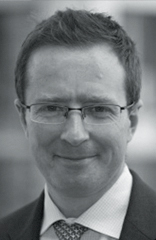