Canaccord Genuity is pleased to announce that on October 12, 2021, its client PharmaCann Inc. (“PharmaCann”) announced that they have entered into a definitive merger agreement to acquire LivWell Holdings, Inc. (“LivWell”) a multi-state cannabis cultivation and retail operator based in Colorado. Upon completion of the planned merger, PharmaCann and LivWell will operate approximately 60 dispensaries and 11 cultivation and production facilities across eight states.

LivWell is a vertically integrated seed to sale cannabis retailer. Since 2009, LivWell has grown from a single location to a multi-state cannabis company with operations in Colorado and Michigan. LivWell researches, extracts, and manufactures its own brands to consistently bring its customers quality products across multiple categories including topicals, edibles, tinctures, CBD pet tinctures, concentrates, and vaporizers.

PharmaCann is the largest privately held and vertically integrated cannabis company in the United States, providing safe, reliable and high-quality cannabis products to people in both the medical and adult-use markets. PharmaCann has a broad geographic footprint and has built an efficient, effective and scalable operating model, with dispensaries operating under the Verilife™ brand and cultivation and processing facilities across six limited license states: New York, Illinois, Ohio, Maryland, Pennsylvania and Massachusetts. In June 2021, PharmaCann received a US$110 million strategic investment from Cronos Group Inc. (NASDAQ: CRON) (TSX: CRON) (“Cronos”) in exchange for an option to acquire a 10.5% ownership stake in PharmaCann on a fully-diluted basis. 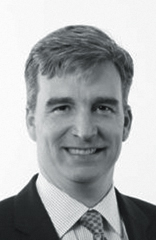 Financial Advisor to Trulieve on its acquisition of Harvest Health & Recreation Inc.