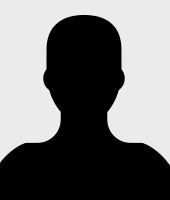 Richard graduated from St Andrews University in 1990 with an MA (Hons) in Management and International Politics. After working for the Scottish Chamber Orchestra, he switched to a career in investment focusing on managing the portfolios of trustees, private clients and their families, initially at Murray Beith Murray and then Turcan Connell, where he spent the next 14 years, latterly as Head of Charity Investment. Richard joined Canaccord Genuity Wealth Management as part of the acquisition of Punter Southall Wealth, and is based in the Edinburgh office. He is a Chartered Fellow of the CISI. As well as over two decades of portfolio management experience, Richard’s background includes a range of charity roles including being an elected Council Member of the National Trust for Scotland, a member of the Scottish Episcopal Church investment committee and currently a member of Erskine’s finance and performance committee.